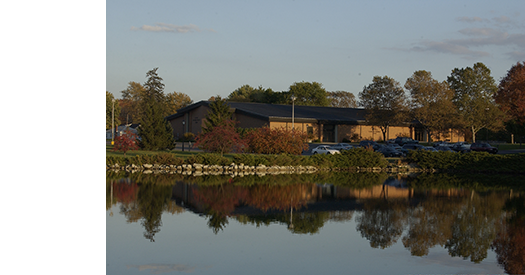 The Apple Technology Resource Center was built in 1976 as the James T. Jeremiah Chapel. When the new Dixon Ministry Center was completed in 1996, the former chapel building was renovated into a classroom/office building during the 1997-98 school year and renamed in 1998 in honor of Dr. Eugene Apple (1929-2013), then the chairman of the Cedarville College Board of Trustees. Apple retired as vice-president of General Electric in 1989 after a thirty-four year career with the company. He served on the board of trustees of the college from 1980 to 2003, when he became trustee emeritus. He also served on the engineering and technology advisory boards for the college.