With the coming of the Protestant Reformation, the 15th and 16th centuries were religiously tumultuous in England and Europe with some of the struggle focusing on whether it was appropriate or not for the Scriptures to be made available in the common language for all to read. This conflict was most evident in England where in significant periods of the 16th century under the Roman Catholic Church, it was illegal to translate the Scriptures into the English language from Latin. There were times when it was illegal to read those illegal translations in public–or to own one. There were times when people were martyred for doing both. This exhibit of early printed English Bibles is intended to tell that story and recognize those who gave up comfort, safety, living in their own country, and in some cases their lives, to make sure that everyone would have the privilege of reading the Bible in their own language. 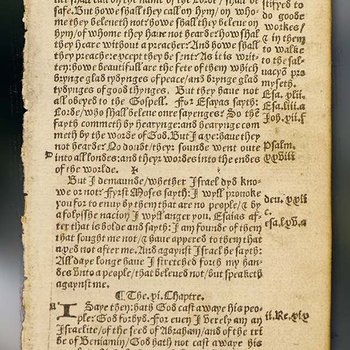 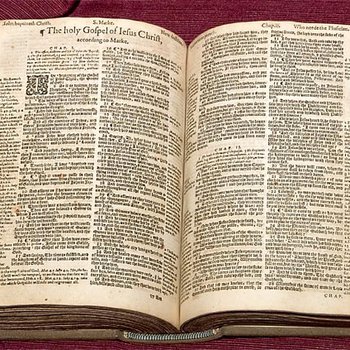 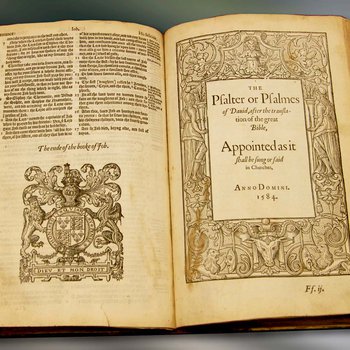 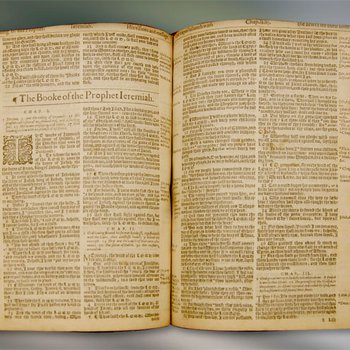