John Calvin, 1509-1564
John Calvin, along with Martin Luther, is considered to be among the most significant forces in the Protestant Reformation. Working out of France and Switzerland, he is the author of the most famous theological book ever published, the Institutes of Christian Religion. No theology book has ever been more loved or hated. His doctrines of the sovereignty of God in the predestination of the fate of all believers, commonly referred to as Calvinism, are among the most hotly debated in the history of Christianity. Do we choose God or does He choose us? The correct answer is absolutely essential to a proper understanding of the nature of God and His relationship with all humanity. John Calvin’s Institutes, first published in Latin in 1536, is the definitive reference work on the subject. Calvin also authored many other books, including volumes of commentaries on most of the books of the Bible, all of which are still in print today. He was also the primary person behind the publication of the famous protestant English Bible, the Geneva Bible, first published in 1560 in Switzerland. 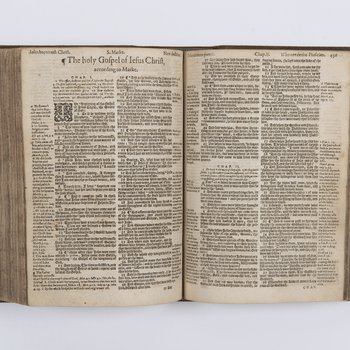 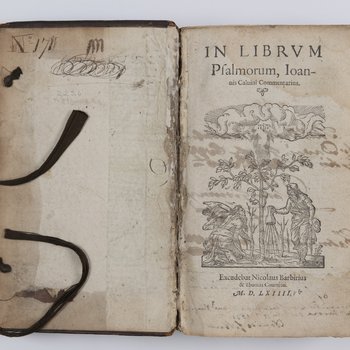 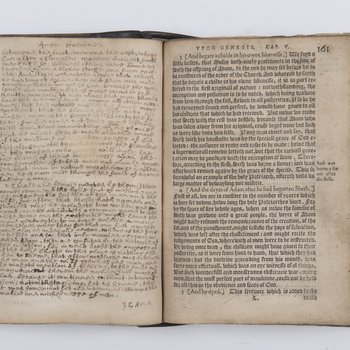 Commentarie on the first booke of Moses called Genesis 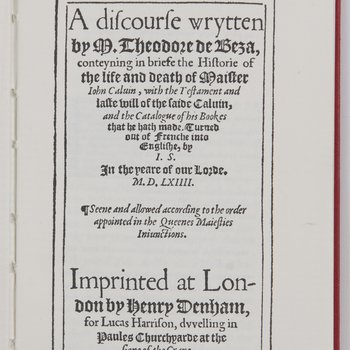 Brief History of the Life and Death of Master John Calvin