William Tyndale, 1484-1536
William Tyndale holds the distinction of being the first man to print the New Testament in the English Language. Early in the 16th century, Tyndale was forced to flee England because of the prohibition of printing the Bible in the common language of the people. The Catholic Church and the Church of England wanted to control access to the Scriptures and its interpretation. While in exile in Europe, Tyndale printed the first English language New Testament in 1525. Thousands of copies were smuggled back into England, made more possible because of the small octavo format. Many of the copies were confiscated and burned, and those who possessed them risked death by burning at the stake. Tyndale was eventually captured in Belgium, and in 1536 was strangled and burned at the stake. His translation work and printing of Bibles opened the floodgate of new versions, and most of the English translation work in the remainder of the 16th and early 17th centuries was based largely on Tyndale’s work. Today, there are only two known copies left of Tyndale’s 1525 first edition. Any copies printed prior to 1570 are extremely rare. 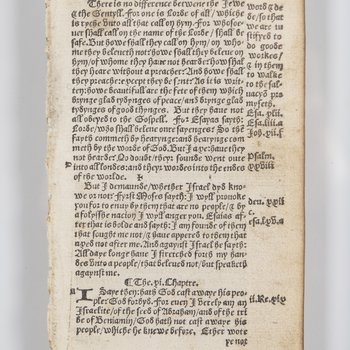 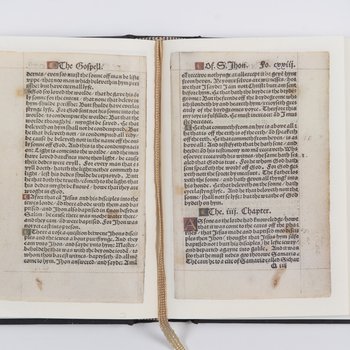 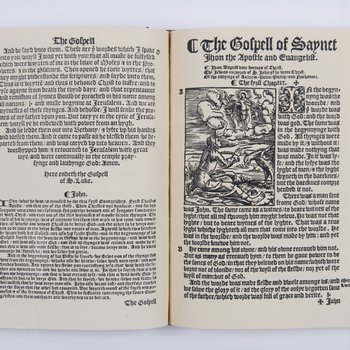