At the height of the funding crisis, the trustees received word in 1891 of a $25,000 bequest made to Cedarville College from the estate of the late Mr. William Gibson of Cincinnati. William had been a partner with his father, Peter, in the plumbing business in Cincinnati and was active in a Reformed Presbyterian church there. He was not only a business owner, but also a philanthropist who became, according to his obituary, a “substantial citizen” of Cincinnati. In the preparation of his will, William had pledged significant assets to a number of Presbyterian denominational agencies, but none as large as the amount specified for Cedarville College. It should be noted that the will was written in 1888 while Cedarville College existed only in the name printed on its charter received the year before. There was no campus. There was no faculty. There were no students. There was no assurance humanly speaking that any of that would happen. What is interesting is that the will was signed by Thomas Gibson, one of the three executors of the will and a cousin of William, who was also at that time the chairman of the Board of Trustees of Cedarville College and one of the five founders. Could it be that Thomas had taken it upon himself to remind William that this new school, proposed in Cedarville to minister to the youth of the Reformed Presbyterian churches, needed resources to launch its ministry to those students? In 1891, after a short illness, William Gibson died. Thus, a substantial bequest came to the trustees of Cedarville College at a most critical moment when they were considering abandoning the project. This was a substantial gift. In today’s dollars that $25,000 represents over $750,000, a significant gift today as it certainly was in 1891. This exciting news revitalized the interest in getting the college launched. 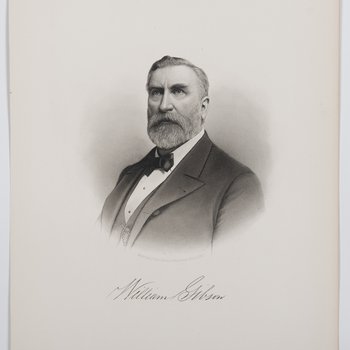 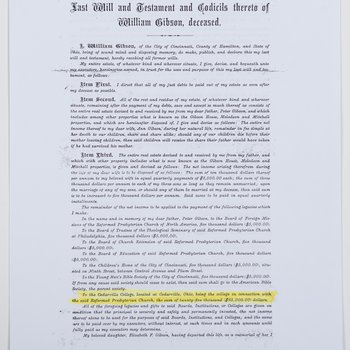 Last Will and Testament of William Gibson 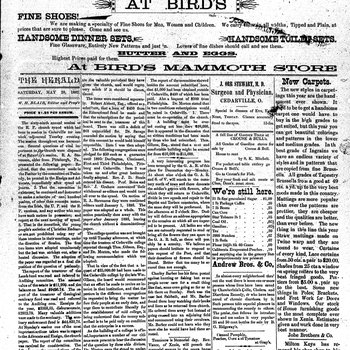