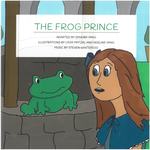 Dr. Yang taught in the Departments of Music and History at California State Polytechnic University in Pomona, California before coming to Cedarville in 2009. She is actively involved in the College Music Society and the American Musicological Society, regularly presenting current research. She serves on the Pedagogy Study Group of the American Musicological Society and has been actively promoting music history pedagogy through National Music History Day and the National Conference on Undergraduate Research. She is the Editor-in-Chief of Musical Offerings and frequently serves as a peer reviewer for journals in her field. Dr. Yang specializes in pedagogy, online learning, and 20th century French music history.

Dr. Winteregg holds degrees from the University of Cincinnati College-Conservatory of Music, Wright State University and The Ohio State University. He studied composition with William Steinhort, Gregory Proctor and Thomas Wells. Steven Winteregg has received dozens of awards in composition. Among his awards are First Prizes in the New Louisville Brass Quintet Composition Competition, the "Joy of Life" Composition Competition, the International Horn Society's Composition Competition and the International Trumpet Guild’s Composition Competition. He is a recipient of the Raymond Hubble/ASCAP Award and has received an ASCAP Plus Award in Composition every year since 1988. He has also received awards from the Montgomery County Arts and Cultural District, the Ohio Arts Council, the Ohioana Library Association and has received an Ohio Senate Resolution commending him for his contribution to the arts in Ohio. He is the composer of four ballets, and his orchestral pieces have been performed by orchestras such as the Cincinnati Symphony, the Columbus Symphony, the Czech Radio Symphony, the Dayton Philharmonic Orchestra, the Delaware Symphony, the Indianapolis Symphony, the Milwaukee Symphony, the Orchestra of Augsburg and the Sarajevo Philharmonic. His compositions have been recorded by the Dayton Philharmonic Orchestra, the Czech Radio Symphony, the Iceland Symphony, and the United States Air Force Singing Sergeants. His recordings can be found on the Albany, Integra, Equilibrium, and the MMC labels. Winteregg's compositions are published by Bocal Music, Edition Musicus, Pasticcio Music, The Hornist's Nest, Integra Music, Lauren Keiser Music Publishing, Roger Dean Music, Southern Music and The Tuba Press.