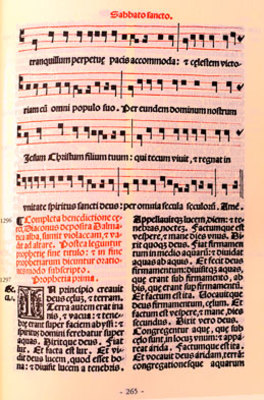 The Cedarville University copy of the Missale Romanum, the liturgical book that contains the texts and rules for the celebration of the Mass in the Roman Catholic Church, is a line-cut reproduction of the original. It was the first Missale Romanum printed after the Council of Trent, which sought to clarify church teachings and counter what it defined as Protestant heresies. To eliminate the confusion caused by regional practices, Pope Pius V ordered that it be used throughout the Roman church.