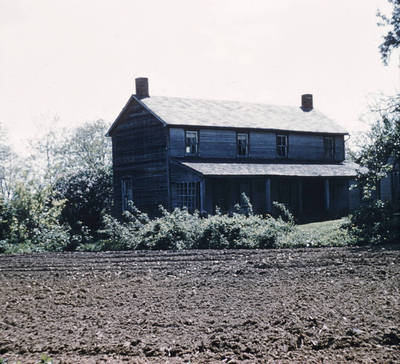 This house, part of which was built in the early 1800s, the rest being build in 1890, stands on the site of the first settler's cabin in Greene County, built April 7, 1796. John Wilson and his sons, Amos, Daniel, and George, along with Jacob Mills, settled on this site which is located on Middle Run Road south of Bellbrook. This John Wilson was later one of the framers of Ohio's first constitution, November 29, 1802. Let's step inside the kitchen for a few minutes.