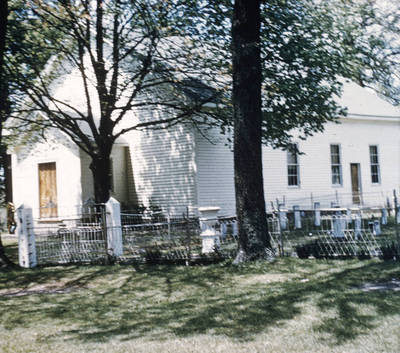 In the southwest corner of the county, we find the Middle Run Primitive Baptist Church. The oldest congregation in the county, it was organized July 27, 1799. The first building, a log cabin, was used for both church and school. This building, built in 1852, houses the meetings held the second Sunday of each month. Daniel Wilson, whom we mentioned before, was one of the thirteen members of the original church. The minutes from the first meeting read in part, "July 27, day, 1799, met according to agreement and was constituted a church by Elders Daniel Clark and James Lee...and then an opportunity given for the reception of members." After two members were received, they then adjourned.