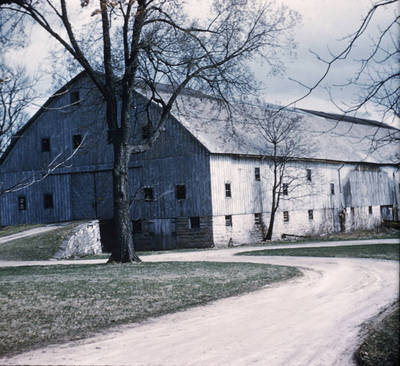 John Bryan's Riverside Park contained his home and this hay barn. Built about the turn of the century, the barn was five levels, is 206 feet long, 120 feet wide, and 75 feet high. The story goes that the Czar of Russia built a large barn. Not to be outdone by anyone, John Bryan built a larger barn. So it is claimed that at one time this was the largest barn in the world. John Bryan willed his Riverside Park to the State of Ohio, but it was refused by three governors due to the religious restriction which read, "The State of Ohio shall not allow or establish any religious institution on said reserve nor allow any religious public worship to be practiced or promulgated on said reserve." However it was finally accepted in 1925. In 1937 it contained 500 acres, but has been enlarged since.