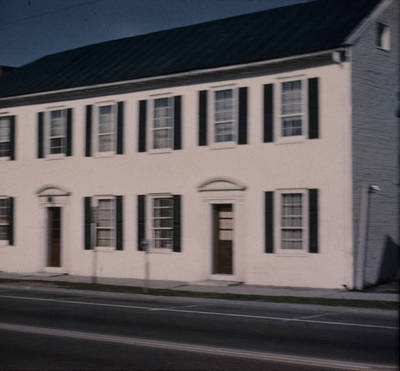 Travel by stage necessitated the changing of horses every so often. One such stop was the "Old Exchange Tavern," named for this practice. It was located at Broad and Middle Streets in Fairborn. While here in Fairborn we should note that the town is in reality made up of two towns, old Osborn and old Fairfield. In 1913 Osborn, which was located on the Mad River, was flooded out. In 1918 the whole town, water pipes and all, was moved next to Fairfield. Finally, January 1, 1950, the two merged to become Fairborn. Also 3 1/2 miles southwest of this old town was where Orville and Wilbur Wright did nearly all their outdoor experimental work which resulted in mankind's conquest of the air.